While the mountain stages frequently produce unpredictable results, one thing is for sure — they change the race and today’s mountain finish would be no different.

Peter Sagan took the mid-point sprint uncontested when Matthew Goss’ bike gave him trouble. It was as anticlimactic as it sounds.

One good thing about a hilly stage is that it significantly decreases the likelihood of crashes and that was the case today. Today’s stage wasn’t without crashes but all of the crashes were pretty minor. Jurgen Vanden Brook, leader of the Lotto team, had an issue about 7 miles from the finish where he either crashed or had a mechanical issue. He started the day just 28 seconds off of the lead.

All of the sprinters fell to the back of the race because their fast twitch muscles do not like the hills while the climbers and the remaining GC guys moved to the front and slowly increased the speeds as the hills got steeper. This is a tactical effort intended to get the other riders to crack and lose time.

8 riders separated themselves from the peloton on the final hill including 2011 TdF winner Cadel Evans and 2012 favorite Bradley Wiggins, who was paced up the hill by two team mates. Frank Schleck was in pursuit of the lead group and was going to lose even more precious time. By the last mile of the stage, there were only 5 riders in the lead group — Froome, Wiggins, Evans, Nibali, and Taaramae.

Evans attacked during the last 250 meters and was quickly matched by both members of Team Sky and Nibali. The result was shocking though when Team Sky’s Chris Froome, riding in support of Bradley Wiggins, accelerated beyond Evans and Bradley to get the win. 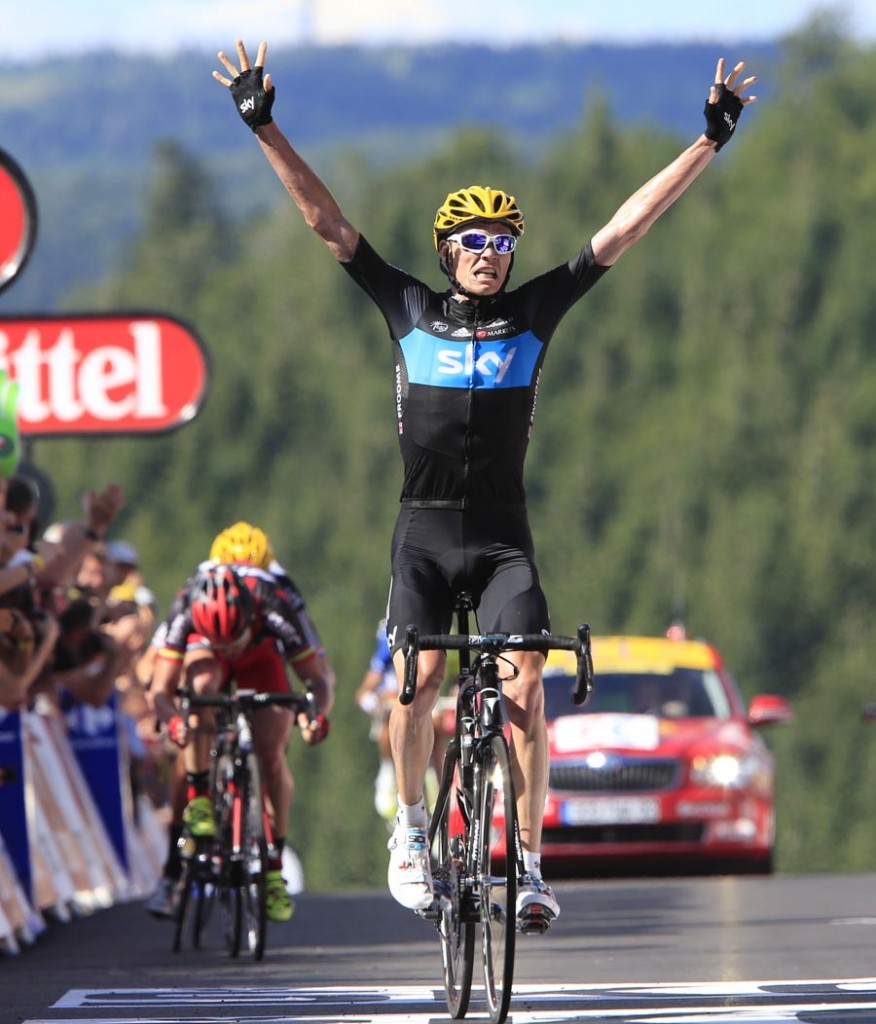 But the news gets better for Team Sky as Bradley Wiggins became the new overall leader of the Tour de France. 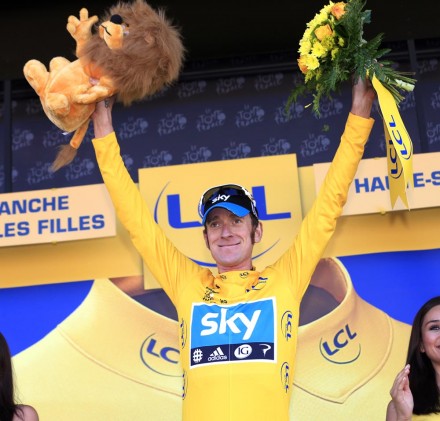 Bradley Wiggins becomes the leader of the 2012 Tour de France.

Team Garmin seems to be cursed this year and has lost 3 riders in the first week of the Tour de France — Ryder Hesjdal, Tom Danielson, and Robbie Hunter. Tyler Farrar is also just barely hanging on, likely for a chance to win the final stage in Paris, which is the most coveted stage to win for all of the sprinters. 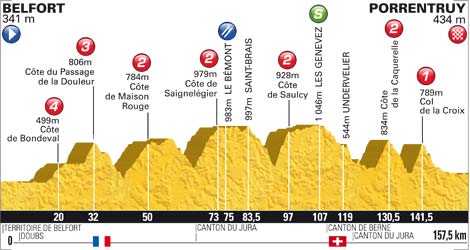 This is the kind of stage that promotes excitement and a breakaway could conceivably survive. This makes the stage impossible to predict but I do expect that Bradley Wiggins will not lose any time to Cadel Evans. Frank Schleck would be wise to attack…