Stage 18 produced one of the most exciting finishes of this year’s edition of the Tour de France.

A large break away formed early with 16 riders. Included in the bunch were Vinokourov, the rider I predicted that would win today’s stage. Vino would attack repeatedly until he was able to drop all but 2 other riders in the break away. A 3 man chase group would form and eventually ride across the gap to reform a 6 man break away. The peloton was in hot pursuit because they wanted to setup their sprinters for the finish. The pace of the last 10 miles was ridiculous with the break away fueled by Vino and the Peloton by the sprinter’s teams.

During the final stretch, Wiggins lead out Cavendish again — something no other man that sported the yellow jersey would consider due to the risks involved. Wiggins peeled off and Cav sprinted across the gap that now contained only 2 break away riders. Vino fell off and would not get the stage win. Then Cavendish kicked into turbo mode and destroyed the field. The ease in which he accelerated was unreal. It was his stage all along and he knew it.

Here’s footage of the finish.

Cavendish was in a league of his own today. 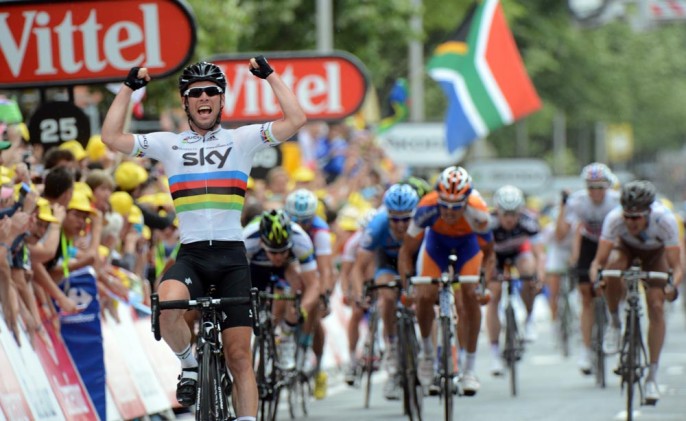 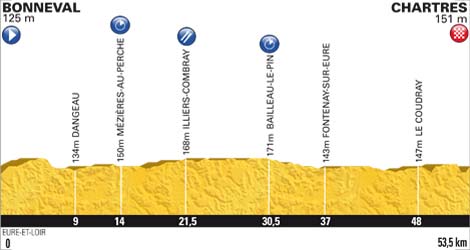 Expect the Time Trial specialists to be in the mix including — Bradley Wiggins, Fabian Cancellara, Tony Martin, and possibly Cadel Evans.