Time trials are typically not the most fun events to watch on TV but they are the purest form of competition available during the bike race. Each of the riders will race the same course, one at a time, and whomever does it quickest that day will be the winner.

It seems logical but it’s a different strategy than what normally happens in a bike race. You see, it doesn’t matter how quickly you race any individual stage, it just matters that you finish first. Conserving energy until the very end is one of the most popular strategies. But as I stated, that strategy will not work in a time trial. If you’re going to do well, you’ll have to sprint for about 30 miles and hope you’ve done well.

Fabian Cancellara is a master of the time trials and thrives on the more technical courses that tend to have hairpin turns. 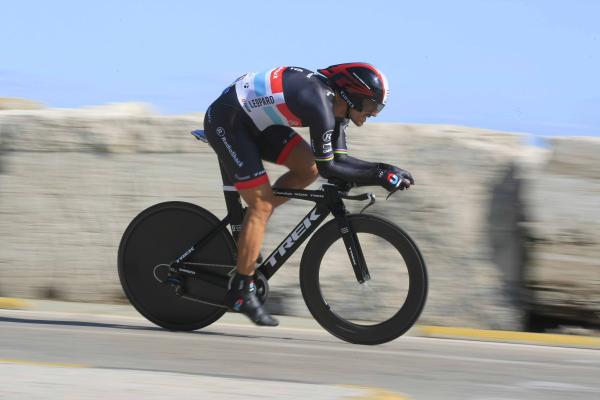 Another day at the office for Fabian Cancellara

Unfortunately for Cancellara, today’s course is not technical and therefore doesn’t favor him as much as usual.

There’s a saying that the man wearing the yellow jersey is able to ride with the strength of a dozen men. I expect that would hold true on today’s time trial and the stage win should go to Bradley Wiggins. 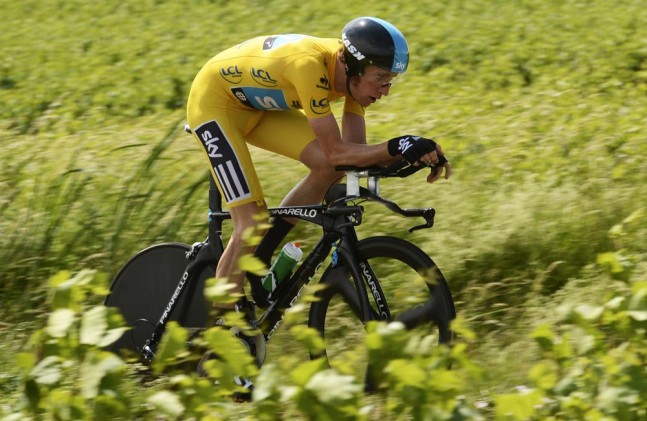 They start the riders based on their overall position in the race. The racer in last place will start first and the rider in first place will go last. This is an advantage to the riders in the top 10 because they’ll have received a lot of feedback from team mates about the course and they’ll know what time they have to beat in order to win the stage. 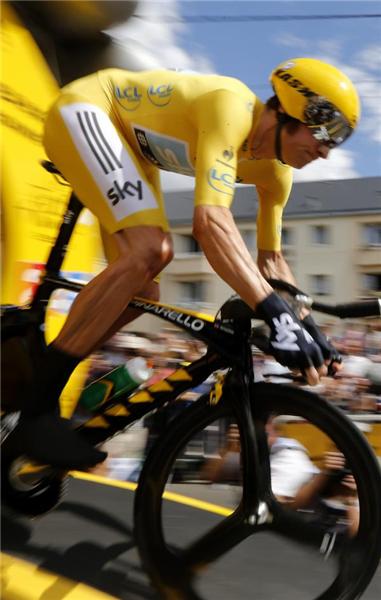 Bradley Wiggins at the start of the Time Trial

Through the intermediate check point, 2011 Tour de France winner Cadel Evans was only in 55th place for the day. A poor performance for sure. Tejay Van Garderen set a new best time when he crossed through the intermediate check which signals that he’s potentially a future Tour de France winner. Then Chris Froome would set a new best at the check point which wouldn’t hold up for long. Wiggins would do what many expected and post the best time at the check point, by 12 seconds, an eternity by these standards.

Cadel Evans’ form was so poor on this day that Tejay Van Garderen would be able to chase him down over the 3 minute lead time and pass his team mate. It was the most literal passing of the torch you could ever see in sports. It was a new day for team BMC and that day was Tejay’s.

Wiggins was an astonishing 53 seconds faster than Froome through the 2nd check point. He’s on pace to lay waste to the field. Cadel would wind up finishing over 4 minutes behind the day’s stage winner.

Chris Froome would set the best time of the day when he crossed the finish line but that wouldn’t stand for long as Bradley Wiggins went on to win his 2nd stage of the 2012 Tour de France by a staggering 1:16.

Wiggins has dominated this tour from wire to wire. It’s nice to see him celebrate now that the pressure is officially off of him. With one stage remaining, he’ll ride into Paris tomorrow in style. 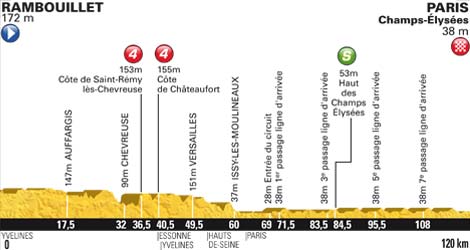 The final stage of the Tour de France is one for celebration for each of the men donning one of the coveted trophy jerseys. This stage is also the most coveted stage win by all of the sprinters as the crowds are enormous. Expect Mark Cavendish to get one more stage win as he inches closer and closer to becoming the all time stage winner at the Tour de France.