When I mention to my friends that I enjoy watching bike racing on TV, they constantly clown on me and claim it’s not a real sport like football and they state that the racers are wimps. Well, yesterday I mentioned a few crashes that occurred. Here is the fallout from those crashes:

No one in the NFL would finish the game they started after an injury like a separated shoulder, a concussion (which the NFL won’t allow them to continue after), or the injury Philippe Gilbert sustained. 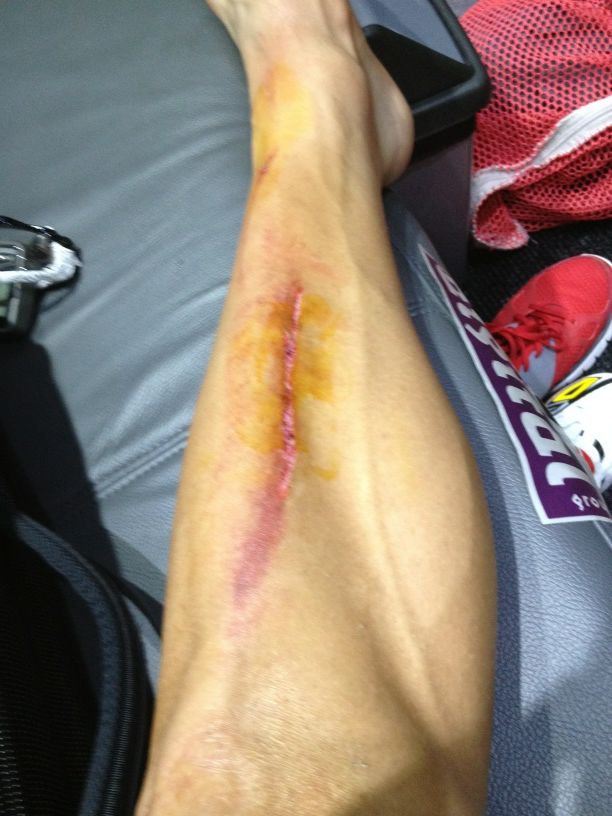 I’m sure that I wouldn’t be able to ride my bike the day after this happened but this is what sets the pros apart from the recreational riders.

You may view how the intermediate sprint went down yesterday here. Notice how easily Cavendish dusts the field and how upset he gets at their attempt to block him in.

During Stage 4, Mark Cavendish again proved that he was the fastest man on 2 wheels when he beat Matthew Goss, Mark Renshaw and Peter Sagan at the intermediate sprint line.

With just over 30 miles left in the stage, it began raining. This makes everyone nervous since the roads have become slick. In the end, it was just a brief shower that didn’t have an impact.

There was a big high-speed crash within the last 2 miles as racers were jockeying for position that narrowly missed Cancellara and took out Cavendish. With the field decimated, team Lotto were able to form a lead out train for Andre Greipel which was successful despite the counter attacks from Alessandro Petacchi and Peter Sagan.

Cavendish would finish the stage but he looked really dejected as he casually strolled to the finish line covered in dirt, with his jersey and helmet displaying the damage.

Here is the current standings for the jerseys:

This is a dream stage for the sprinters. Expect Mark Cavendish to get the win should he not be too banged up. If Cavendish can’t contend, look for Sagan, Griepel, Goss, or Petacchi to get the win.

Tomorrow’s recap will be late as I’ll be playing in the first poker tournament I’ve played in since 2005. Wish me luck.

During the intermediate sprint stage, Cavendish easily dusted the other sprinters to claim the most points out of the peloton riders but that doesn’t mean it was without controversy. One of the other riders bumped and then changed their line forcing Cav to go around him. Still, it wasn’t much of an issue as Cav easily crossed the line first and even shot a look back at the rider the bumped him.

There were a few key crashes during today’s stage that impacted some big players.

In the first significant crash of the race, Kanstantsin Sivtsov, a climber from Team Sky, crashed during today’s stage and was forced to abandon the race. This is a blow to overall contender Bradley Wiggins. Sivtsov was expected to help pace Wiggins through the high mountains of the race.

A number of other riders were caught in a crash when the road suddenly narrowed including sprinter Tyler Farrar. Incidentally, Farrar seems to be involved in a lot of crashes. He’s going to have to change his luck if he’s going to get stage wins.

I don’t believe that Philippe Gilbert was involved in either of the crashes but he was shown shortly after the 2nd crash, with about 20 miles to go, lagging behind the peloton changing shoes while riding his bike at 25 mph. He would not be a contender in today’s stage.

These crashes, coupled with crosswinds, and a series of small hills created a lot of chaos in the last 12 miles of the race and prevented on of my picks to win the day from being able to compete for the stage win.

The first attack came just after the Côte du Mont Lambert by the rider currently in 3rd place, Sylvain Chavanel. Team BMC quickly organized and took on the chasing duties of the peloton, clearly not wanting to have 2011 Tour de France winner Cadel Evans lose any time to Chavanel.

Chavanel had an 8 second lead heading into the final climb of the day but he was quickly chased down and Peter Sagan got his 2nd stage win in just 3 days. Sagan is proving to be a beast in this Tour de France and commentator Phil Liggett compared him to the man considered to be the greatest cyclist ever, Eddy Merckx.

Sagan does the “Dumb and Dumber” move as he crosses the line.

It didn’t play out how I expected due to the chaos that occurred within the last 20 miles of the race but Sagan laid waste to the field as I thought might happen.

Fabian Cancellara kept the yellow jersey and it appears that he’s going to be able to keep the jersey for the first week of the Tour de France. 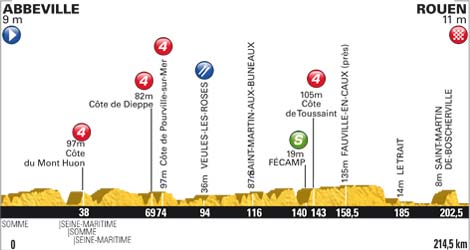 133 relatively flat miles for the sprinters

Stage 4 will be for the sprinters. Look for Peter Sagan and Mark Cavendish to duke out at the finish line tomorrow.

Stage 1 was very quiet early on. Team Radio Shack was doing most of the pace setting since they were in control of the yellow jersey. They kept a pretty slow and easy pace for the first half of the race or so. The riders typically ride in a large dense pack called the peloton. They ride in this formation because it reduces wind resistance and is more efficient. 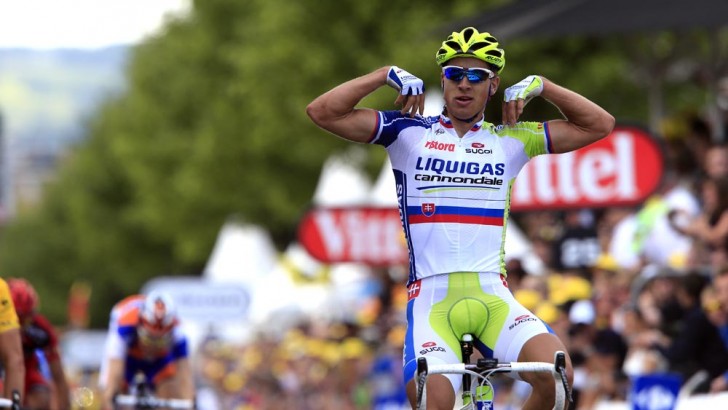 Peter Sagan crossing the finish line of stage 1 of the TdF.

Stage 2 profile is about 128 miles long and looks to be very flat. These profiles favor the sprinters and tend to produce exciting finishes.

Though Mark Cavendish said that he would not be chasing after the green sprinter’s jersey this year, no one believes him, including me. I like Cavendish, Sagan, and Farrar to be there slugging it out at the end tomorrow.

The Tour de France is the most legendary of all bike races and for good reason. The racers will cover 2173 miles between June 30th and July 22nd over 20 stages of racing. During that time, the racers will face:

Today was the prologue. The prologue is a time trial race that’s very short. During a time trial, they start the riders off one at a time every couple of minutes and time them as they compete on a set route. This will initially establish a time for all of the different riders. Today’s prologue course was only about 4 miles long. 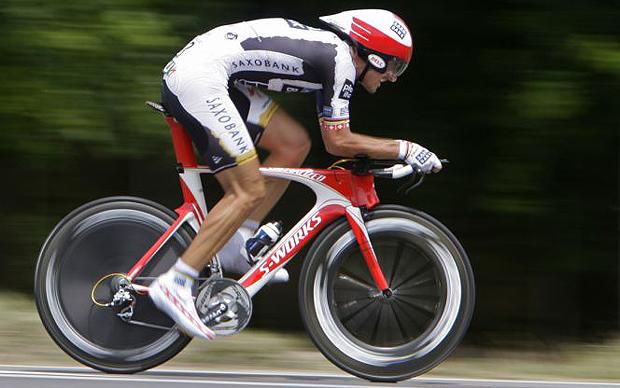 This was not difficult to predict though. He’s a specialist and usually wins these types of stages.

Tomorrow’s stage is a series of rolling hills over 120-some miles. The finish however, is the key. 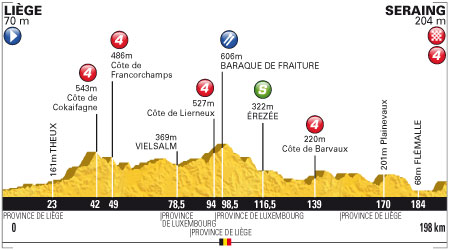 A short and steep uphill finish will likely prevent the traditional sprinters from winning. I favor Philippe Gilbert or Peter Sagan to attack on the final climb and get the win tomorrow.